BMT Tax Depreciation is reminding Australian businesses that tax depreciation can be claimed on most income-producing assets, no matter how unusual they appear.

BMT Chief Executive Officer, Bradley Beer, said that many existing assets owned by a business can be depreciated, and there could be thousands of dollars’ worth of unexpected tax deductions held in surprising items.

“As a general rule, if an asset is used to produce income, it can be depreciated. And in more than twenty years of operation, the team at BMT has seen it all,” said Bradley Beer.

Mr Beer said that BMT reviewed all the depreciable business assets its site inspectors have seen and noted some of the most specific – and obscure – items identified.

While one might expect the tools, equipment and infrastructure associated with beekeeping to be depreciable, some would be surprised to learn that the beehives themselves can be depreciated.

“A cluster of beehives will produce an average depreciation deduction of $2,640 in the first year and a total of $11,575 in the first five years,” said Bradley Beer.

Working animals are those that are trained and used in a business to perform certain tasks. The animals themselves are considered income-producing assets and therefore can be depreciated.

“Working animals come in many forms. Even camels from a trail ride company can produce a five-year depreciation deduction of $1,550 for the business,” said Bradley Beer.

One of the most significant, yet obscure, deductions BMT has found was a theme park ride.

Bradley Beer concluded by saying that this demonstrates the benefit talking to a specialist Quantity Surveying firm who conducts physical detailed site inspections regardless of the business or property type. 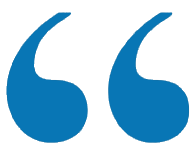 As a general rule, if an asset is used to produce income, it can be depreciated. And in more than twenty years of operation, the team at BMT has seen it all.”
Bradley Beer, Chief Executive Officer
BMT Tax Depreciation
Share